About Us » Who was Mr. Darnall?

Who was Mr. Darnall?

His devotion to the schools began in boyhood. He was born in French Creek, W. VA., in 1870, and attended the Normal and Classical Academy of Buchanan and Wesleyan University. For some time he worked in the lumber business, but left to begin a round of going to school in the fall, teaching in the winter, going to school in the spring and working in the summer. He learned the teacher's side of education.

Near the turn of the century, he ran for the state senate. He withdrew after receiving 79 votes in the convention and "horse traded" for a senate clerkship. Then came a period in the state treasurer's office.

He became well-known in his field, and in winter in 1913 was commissioned to examine similar state schools in Idaho, then Washington, Oregon and Southern California.

Darnall immediately fell in love with San Diego, and though he "knew no man, woman or child" here he went back to Washington D.C., resigned and moved to San Diego.

From those earliest years he was active in civic life, his record including these highlights: 27 years treasurer of the Red Cross, work with the House of Hospitality Association, Goodwill Industries, Society for Crippled Children, Community Chest, County probation committee, symphony orchestra association, City retirement system and County welfare committee. He served the First Presbyterian Church long and well.

He was elected to the Board of Education in 1927 and served until 1949, achieving distinction among school trustees of California.

He left the bank in 1932 to become a business manager for the San Diego Army and Navy Academy. In 1933 he, Frank Knoche and Sen. William M. Harper formed the real estate and insurance firm of Darnall, Knoche & Harper.

Nothing, except his church, gave him so much satisfaction in those years as "the most important activity in the United States, the education, training and development of our future citizens."

He devoted himself to that activity, helping to guide the City schools through the difficult years of the depression, the war training program and the postwar increases in school population. About four out of five San Diego schools were built, remodeled or enlarged during his term on the Board, and the City schools won national recognition for leadership.

The greatest need of the schools today, Darnall declares is "the best teachers to be had, and have to pay for them. We need to encourage more good people to enter the profession and let it stand for what it is - the most important function in American life today."

His uncompromising integrity, zeal for education, sound judgment and the mellow wisdom of his years have won him a place in San Diego education history.

Before Mr. Darnall’s death in December 1951, at the age of eighty-one, the San Diego Board of Education recognized his services. At its regular meeting on November 14, 1951, the Board voted to name this school the Orton E. Darnall Elementary School.

At the meeting of January 8, 1952, the Board adopted a Resolution of Appreciation. This resolution reads as follows: “Now therefore, be it resolved that the Board of Education of San Diego Unified School District, at its regular session on January 8, 1952, memorialized Orton E. Darnall in the official and permanent records of this Board.” 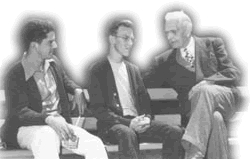 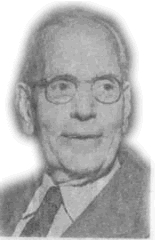 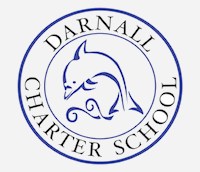